Metal head. Keeping you posted on your favorites!

9- Riot- Bullet For My Valentine

8- Beast and The Harlot- Avenged Sevenfold

7- This Flesh A Tomb- Atreyu

5- Where You Gonna Run- Peter Tosh

1- Let’s Get The Party Started- Korn 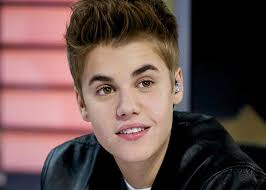 9- Go To Hell, For Heaven’s Sake- Bring Me The Horizon

3- Stop! Before it’s to Late and we’ve Destroyed it All!- Atreyu

Bring Me The Horizon have released their 4th album, Sempiternal. Sticking with their metalcore genre, Sempiternal has been a huge hit.

Starting the album with ‘Can You Feel My Heart‘ a dubstep entwined metal song has really kicked it off to an exciting start. The lyrics well thought out and full of emotion. “I can’t drown my demons, they know how to swim” Lyrics such as these have promoted the album even further by tumblr users creating GIFS and spreading the word of this top album.

The album quickly picks up its pace in the next song ‘The House Of Wolves’ The repetitive words of “Brick by brick by brick” leaves the song running through your mind. A highly complex riff through out the verses keeps it fresh so never to get boring.

Next, my personal favorite, ‘Empire (Let Them Sing)’ A mixture of upbeat instrumental and slow emotional singing. Oli screams his heart out extending the words over the thrashing metal. The contrast of the two creates a beautiful sound for all to appreciate. A sudden end to the song leaves you desperate to listen on.

‘Sleepwalking’ brings you a steady heart filled song. Sleepwalking has been a huge hit on this album. The drums double bass form a rhythmic pattern unlike many. With this great song comes a video just as good. The video contains simple effects that reinforce the sadness and loss within the song.

An abrupt anger explodes from the next song ‘Go To Hell, For Heaven’s Sake’ A more rocky start to this pushes you into the false feeling of a change in genre but Bring Me do exactly the opposite blending a rock riff on the guitar into the metalcore bass and drums. The singing remaining the same harmonic screaming.

‘Shadow Moses’ the 6th song on the album but first to be released. A massive hit with many GIFS and jokes around it. Also a video. A slow lyrical start to the songs builds up the tension into the sudden break of a quality instrumental. Oli’s vocals quick and sharp through the verse to match the instruments. The chorus slowing down all together with lyrics that have to be shouted by whoever listens. “This is sempiternal.” The video shows just as much thought and excellence as the song itself. The flickering effect of the band on a wintery lake side mimics the alternating riffs.

After a high tempo song, ‘And The Snakes Start To Sing’ brings the whole album to a beautiful calming pause. In this 5 minute long song Oli maintains his melodic voice but at a slower more deep charm. An elegant guitar solo encloses the song with more excellence than would be thought.

Maintaining the slow pause ‘Seen It All Before’ starts with a steady vocal line breaking into a bang of greatness. Although a great song my thoughts are that this song is rather similar to others on the album. Nevertheless a great song that shows skill from all the members.

‘Anti-vist’ drastically picks up the pace with a rebelling first line “Middle fingers up if you don’t give a fuck” Through the song Oli throws out swear words in a cacophony of anger, hate and a conflicting joy and piss take. This song adds a less serious swing to the album which can easily form a great mosh pit when they start touring!

‘Crooked Young’ is an upbeat but heart filled song. It shows aspects of their old music in the intro with the violins and running style riff like in ‘It Never Ends’ This song again is quite repetitive of their old stuff so not the best on the album, in my opinion.

‘Hospital For Souls’ ends the album perfectly. A slow but fascinating song that shows both Oli’s singing and screaming in a perfect light. This 6 minute song does not bore you as the ever changing pace keeps you hooked. It seems to take you on a journey through a ‘hospital for souls.’ It grips onto sadness but in a some how angry way. Certain to bring a tear to the eye I feel this song really finishes the album wonderfully.